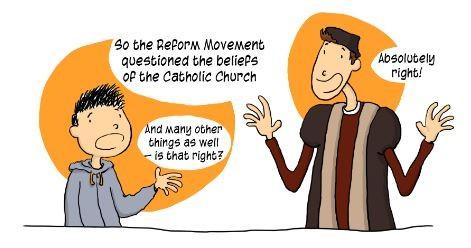 The humanism of the XVth and XVIth centuries renewed knowledge, favored the study of former texts and encouraged a direct reading of the Bible. The invention of printing allowed a wider distribution of the texts. This greatly encouiraged the Protestant reformation

At the beginning of the XVIth century, the conditions of life were more than uncertain and Christians were afraid of the coming end of the world and God’s judgement. The Catholic Church offered various solutions to pacify the fear, in particular the sale of ‘indulgences’; however, some people severely criticized such practices and called for a reform of the Catholic Church.

Little by little this led to a religious and political crisis which culminated in the birth of a new faith: Protestantism.

The meaning of the word Protestant, which is a religious term, goes back to the XVIIth century, when German princes, convinced that Luther’s theses were a true criticism of the Catholic Church, protested against the repressive measures taken against him by Rome.

Reformers such as Luther and Calvin spread new ideas such as the concept of salvation by faith alone, by God’s grace and by the Holy Scriptures.

These ideas had a profound effect throughout Europe, but really took root in the North. This led to the breakdown of political unity in many States and the outbreak religious wars between Catholic and Protestant countries.

The Reform Movement did not only have religious consequences: it also gave rise to social and political changes, the results of which can still be seen today.

Our tour of the religious crisis in the XVIIth century is now finished.
Now you can see how much you have remembered! 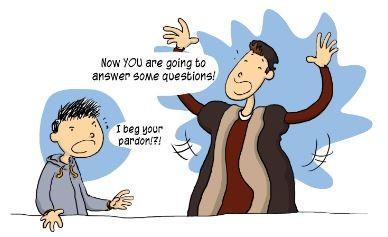