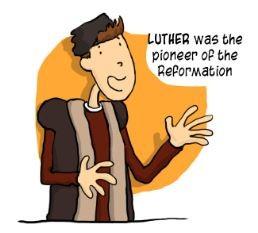 The monk Luther became a reformer

Martin Luther was born in Germany, in Eisleben, on 10 November 1483. He studied law at Erfurt. In 1505, he was caught in a violent storm and vowed to become a monk if he escaped from the thunder.

He then became an Augustinian monk. In 1507, he was ordained priest and became a doctor in Theology in 1512. He then left for Wittenberg to teach Theology in the city of Prince Frederick the Wise. Luther did not agree with the customs of the Catholic Church and started openly criticised it after 1517, because of the indulgences trade. The indulgences were sold so as to avoid purgatory. In fact, they were used to finance the construction of the Saint Peter Basilica in Rome.

The study of the Bible changed his vision of the Church

Luther was excommunicated by Pope Leo X in 1521. He was summoned by Emperor Charles V to the diet in Worms, which outlawed him from the Empire. Luther’s protector, Prince Frederick the Wise, had him abducted and installed in the Wartburg Castle. There, Luther could keep working on the translation of the Bible. Meanwhile, in Wittenberg, Luther’s partisans wanted to further reform the Church: they attacked priests and devastated churches. Luther took action to cool down  the situation.

Then in 1525 a lot of peasants rose up in Southern Germany on behalf of Luther’s ideas. He asked the princes to act and restore civil peace. The peasant’s war was a bloody episode.

Still in 1525, Martin Luther, who no longer was a monk since 1521, married a former nun, Catherine de Bora. They had six children. 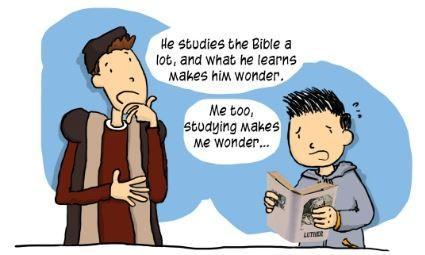 Luther’s ideas gained momentum. They gradually led to the Augsburg confession, presented to Charles V in 1530. The emperor refused it as he wanted everyone to return to the Catholic Church. But it was too late, and several German princes were already convinced by Luther’s theories, which spread all over Europe in the Renaissance period.

They convinced sovereigns notably in Scandinavian and in Anglo-Saxon countries, and developed in France in spite of the King’s opposition.

Luther died in 1546. He was considered the father of Protestantism and known as one of the greatest theologians of his time. 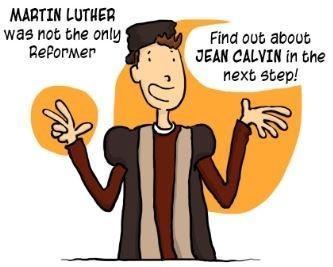